The initial step post deployment is to check the health of pods. This can be done using Lens or antoher client or the kubectl command line. After the script has finished Kubernetes will be busy trying to get the cluster into the state specified in the generated yaml that was applied.

Zookeeper is used by Kafka to store metadata and Kafka is the messaging backbone of the new fraXses platform. These are the two most important stateful sets. They should come up slowly in order. Whilst they are coming up, most of the other pods will be in an indeterminate state because they can’t yet communicate with Kafka.

The second important group are those deployments with persistent volume claims. These include:

Once all pods are green and healthy, you should check the access to the node ports. The node ports can be 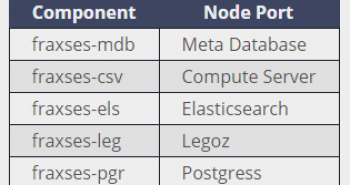 Intenda excels at providing business applications and technology that make a difference to the world. We deliver relevant solutions that empower businesses and people.